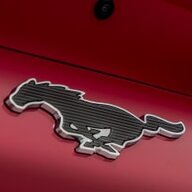 Maric said:
when this first came down I started looking at Tesla again. But I have decided to go Ford Options for 3 years. If Ford doesn’t deliver on OTA upgrades and fully supporting the car then I’ll either upgrade to a newer model at the end of options or go with a competing vehicle. In 3 years EVs will probably be hitting 400 miles plus so I figure either way I’ll benefit from not committing now and seeing how things go.
Click to expand...

I think I'm in the exact same boat. When they announced Android, I called my local VW dealer and asked about timing to get an ID.4 instead - figured if I'm going to buy an obsolete car, might as well save some money while I do it.

But the more I think about it, the more I come around to the Options for 3 years and expecting to upgrade to the Android OS.

If Ford comes through with a path forward for an Android upgrade for our 21MY cars I will gladly keep the car longer.

I keep talking myself into believing it's not a big deal and then five minutes later I'm thinking it's not acceptable. Rinse, lather, repeat.

BlueMach said:
Visteon was spun-off to the public markets with 100.0% of the company owned by private investors. There is no shareholding between Ford and Visteon.

Visteon is as much as subsidiary of Ford as GM is.

ok understood. I didnt know that thank you.

kdryden99 said:
ok understood. I didnt know that thank you.
Click to expand...

They both struggled heavily, because neither company were run like real businesses while they were part of Ford or GM, they were not efficient, profit-focused, and as soon as they were independent companies, Ford and GM treated them like any other supplier. They put bids out to all suppliers and went with the lowest price, which, because Visteon and Delphi weren't run like businesses, meant the Ford and GM business awards went to other companies, shrinking their revenues further, and both Visteon and Delphi headed to bankruptcy and further shrinking.

Visteon is a shell of what it was when Ford owned it, having sold off businesses left and right and now just doing electronics.

Delphi is similarly a shell of its former self, but now goes by Aptiv. 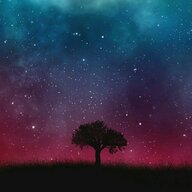 Gimme_my_MME said:
Isn't that a lease? Or Options in this case?
Click to expand...

For those who want a whole new car, yes. I can continue to pay several hundered $$ a month to get the new car with new features or I can pay under $50 or so a month to ge the new infotainment system.

Also, those who choose to keep the car and second owners are left sol. Cars should not have a short end of life. Especially since auto manufacturers and EV enthusiasts are touting that the car can go 500k miles easy. Why wouldn’t we expect the software supportability to be in the same ball park?

Can Ford migrate Sync 4 from QNX to Android Automotive?

There are going to look at it, but probably not 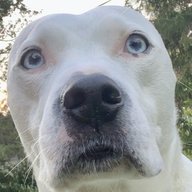 Maric said:
when this first came down I started looking at Tesla again. But I have decided to go Ford Options for 3 years. If Ford doesn’t deliver on OTA upgrades and fully supporting the car then I’ll either upgrade to a newer model at the end of options or go with a competing vehicle. In 3 years EVs will probably be hitting 400 miles plus so I figure either way I’ll benefit from not committing now and seeing how things go.
Click to expand...

This is the conclusion I have come to as well. Just can’t decide between 3 or 4 years. I feel like 4 gives me a little more room for significant advances in various technologies.

Redundant said:
This is the conclusion I have come to as well. Just can’t decide between 3 or 4 years. I feel like 4 gives me a little more room for significant advances in various technologies.
Click to expand...

Man, I just hate the idea of more years of car payments.

If this were a completely rational decision on my part, I would keep my 2015 Edge Sport, which has 91K miles and will be paid off in....checking...two months. So, I could just keep driving it for at least another 5 years. I am trading it in on the MME. I have wanted an EV for a while, and this came along at just the right time. But, like you, not happy about more payments. But, between the trade in, the Fed money, the NJ state money $5K (fingers crossed), no sales tax on EVs in NJ, I am able to rationalize it to myself. And that is key, self rationalization, the enabler of most of my unnecessary purchases. Will have to see if I want to stay on the payment wheel in three or four years and get something new or just buy it and accept whatever relative short comings it might have against new available EVs in 2025.

MJMachForum said:
I wouldn't be losing my mind for new OS or feature set upgrades. It keeps the car in pace with what customers are expecting from the vehicle. Just because Ford doesn't offer the upgrade doesn't mean its not possible. My 2013 Flex had MyFord Touch (Sync 2) but you could easily upgrade the hardware to Sync 3 as the 2016+ Flex models had Sync 3. Ford could offer an easy upgrade provided the mounting and digital interface are the same. I don't understand the mindset of getting upset for getting "new car" with every OS upgrade.

The bigger concerns here are single integration and going cheap on the hardware so that OS upgrades are not possible. I mean the low end iPhones have more power than infotainment systems so we know its possible to build affordable hardware with some forethought for long lived software support. The Sync packages Ford has offered in the past were about $1500-$2500 of which the hardware accounted for maybe $200 max cost to Ford. Ford has a huge markup on infotainment hardware. Maybe that had to do with software development but with Android Automotive that cost is reduced. Also, map licensing will not be that big of a concern with connected cars.
Click to expand...

This is a bit of a popular misconception. A big reason why consumer electronics like iPhones and the like are so much cheaper is the production volume is a lot higher. Apple sells nearly 200 million iPhones a year; with most of the phones sold being the latest models. Meanwhile, Ford doesn't even sell 3 million cars worldwide a year.

When you're selling hundreds of millions of products per year, the R&D costs per unit are almost negligible. That isn't really the case for car makers.

Tesla is an outlier, with their willingness to add new features to older products.

The consumer products industry prefers to build a product with a defined feature set then push updates to that product until each of those features work as intended, maybe with a few tweaks to address design flaws. Once that goal is met it's on to the next product with a new feature set.

As much as Darren Palmer and Mike Levine want to push out a continuously evolving product, I can't see Ford doing something as drastic as back-porting an AA based infotainment system to not one, but two previously released products – the '22 MME and the '21 MME.

In the 2021 MME case, I expect updates to SYNC 4 will occur until it reliably does everything the 2021 owner's manual says it will do, maybe with some easy to implement tweaks. Then it's fully baked, out the door.

The 2023 MME will come with a new feature set leveraging Android Automotive's unique abilities, and will see updates until it reliably provide those features. And so on.

That said, I've seriously studied and test driven both the 2021 Volvo XC40 Recharge and the Polestar 2 — the only production vehicles built with Android Automotive — and that infotainment system is exceptionally good. It's nearly good enough to push me into one of those two cars. Still the MME provides other features that offset it, such as next-generation Driver Assist. 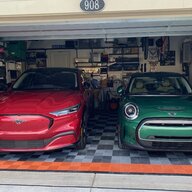 Lucky luke said:
I fully agree. If I see the available technology of the actual cars compared with my 6 years OLD car Everyone should accept that technology is changing fast and Ford has to follow this trend. A car that is ordered today is old stuff for the developers of the V2023
Click to expand...

You mean like this old technology...SD Cards for map updates

Regarding the battery technology, Ford built this chassis and battery pack to be modular. That being said, there’s no reason that the newer battery technology cannot go into current Mach E’s unless Ford purposely designs the new battery packs to not be compatible. Whether that means software limitations or a physical design that just won’t line up, that remains to be seen. Darren has already said the charging hardware is capable of charging beyond 150kw so we know there is room for growth, so to speak.

This is a computer on wheels, custome built computers last far longer than purpose built computers because of the modular designs. You can always switch out hardware in custom PCs. I’m not saying Ford is going to design their cars this way. Until a full model redesign, parts in newer models change as newer tech comes out, making them different from those of the initial model release. They fit into the same places and connect to the same harnesses.

It’s all a matter of mindset, some of which is driven by customer demand. If customers say “This car is rated to last 500k miles and should be supported throughout its life.” Then Ford has some incentive to make some changes to remain competitive. ICE vehicles have components that break down due to the nature of a gas engine. BEVs don’t have this problem. Ford would be making cars that are supported on the basis of ICE standards and not BEV design.

Man, this thread is a hoot. Who cares what OS underlies the car? It's an embedded system. You aren't going to root this thing and install .APKs from the Google Play Store on your car, so who cares? It's an implementation detail. I'm a tech guy but at the end of the day I only care about how it works, I don't care how they did it under the hood, and them switching to Android in 2 years doesn't magically mean my car stops working or is suddenly no good

Ford has a timeframe internally of how long they plan to support a given MY of the Mach E. Whether it's 1 year, or 10 years, the business decision about how long to support development of new features to provide OTA, and when to transition to a maintenance mode was made long ago and is not impacted at all by the Google announcement

It's almost a certainty that 2021 and 2022 MY Mach Es will not get upgrades to Android Auto. Who cares? The car will still work just like it works today and Ford will support it just like they would've supported it had they stuck with QNX or moved to some other platform. Whenever Sync 5 was planned to come out, it probably would have never made it to Mach Es. Sync 4a will live its lifecycle on its own

Ford hasn't promised anything to anyone other than the possibility of OTA updates. They haven't guaranteed updates, and they haven't guaranteed major updates at all. If you're buying into this car thinking that is happening, you should not buy this car. They'll make incremental and even some significant upgrades but you aren't downloading a new car every year. That's never how this was going to happen
Advertisement
You must log in or register to reply here.
Share:
Facebook Twitter Reddit Email Link

Will Ford retrofit current Sync 4A infotainment systems when they migrate to Android.