My brother has an Explorer which came without some features due to chip shortages. However, he just received an email from Ford saying they are able to now start installing them post- delivery due to having more chips available. Anyone getting similar messages for your MMEs? Mine was never affected so I wouldn’t see these types of emails but wondering about the rest of you. 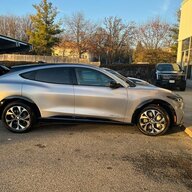 None so far, not that I want that autopark. Just weird with that dummy button 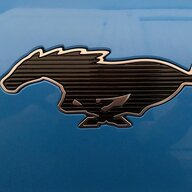 I have not, but what other chips are missing on the Mach-E aside from the automated parking feature?

And I should mention, we're not missing anything with the automated parking feature. I have a 2022 Chrysler Pacifica Hybrid that has the feature, and it is unimpressive, to say the least. I've used it about four times for regular parking spaces and even when I had one time when it wanted to go back and forth a few times (which wasn't necessary - I could have gotten it on the first try), it seems to have a really hard time centering itself in the parking stall. Someone on here said that's because the system is looking at other cars, rather than the lines. But I'm not sure - the first time I tried it was in an empty lot with no cars near me, and the system claimed it detected the space. And it sort of did, it just parks like a 16 year old who just started driving a week ago and who decided to get in the stall and not check their work.

Granted, most people probably want this feature for parallel parking rather than getting into parking stalls. I have not tested it for that; maybe that would redeem the feature. And to be fair, that's the Chrysler system - maybe Ford's is better. But from what I've read on here, it sounds like a pretty similar experience. We're not missing anything and I don't think it's worth what ever the cost would be to add it back in, if and when Ford gives us the choice. 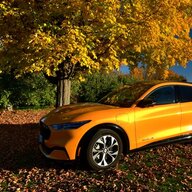 I have tried the auto park once in seven months. It is novel but pretty impractical. You are not missing anything in my opinion. It would be useful for tight spots if you could activate it from outside the vehicle. Of course even that only makes sense if the cars on either side of you have the feature as well.
2022 Premium AWD ER/Built April 2022/Delivered 05/26/22/NH Seacoast 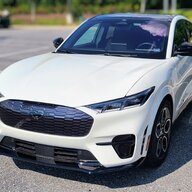 Guss-E 2021 said:
I have tried the auto park once in seven months. It is novel but pretty impractical. You are not missing anything in my opinion. It would be useful for tight spots if you could activate it from outside the vehicle. Of course even that only makes sense if the cars on either side of you have the feature as well.
Click to expand...

I agree on autopark being a novelty (as it is on most cars, really). I am moderately interested in adding back the functionality after reading on this forum that we also lose the side parking sensors without the chip. 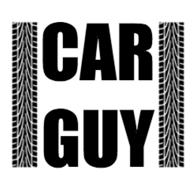 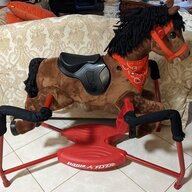 HGxxx said:
None so far, not that I want that autopark. Just weird with that dummy button
Click to expand...

I use park assist alot- parallel parking and pulling out assist. Glad my car came with it. The job batch after it didn t get it it but the prep.

Hope the chips are available now.

One of those thing where you frequent places that require you to street/curb parking it's worth it. I rarely use the perpendicular parking to avoid door donfs after the fact.
Last edited: Dec 29, 2022 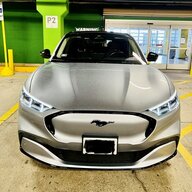 I had the park assist on a 2016 Prius, it was very functional and I used it all the time to parallel park in the very urban area I drive in. The way Toyota implemented it made a lot of sense. It detected available spots and controlled steering, leaving you controlling the gas / brake pedals as well as putting the car in the right gear. You feel in control much more vs how Ford implemented theirs. The only criticism I have for the Toyota is that it biased the car to line up with others on the outboard side of the vehicle, which looked weird given the Prius is pretty narrow compared to most other vehicles. 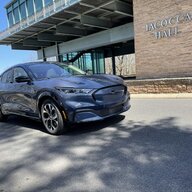 Ford’s auto park is pretty good. In my experience, it nails parallel parking on the first go every time. My ONLY complaint is that it sometimes passes up spaces that even I can make. A smaller nit is that it does want you to be going fairly slowly so that it can properly detect a space. This means that an impatient person can come up right behind you when it finally DOES find a space, meaning it won’t be able to reverse into the space because the morons are on your bumper, despite your turn signal being on 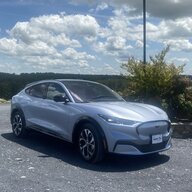