EQC electric SUV production target cut in half ... or is it? Either way, it is Tesla's fault? 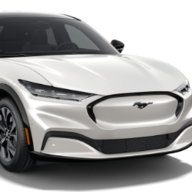 Recently reported by Electrek (clearly blindly pro-Tesla) and others.

Mercedes-Benz has reportedly cut its EQC electric SUV production target in half due to a battery cell shortage from LG Chem, according to a new report from Germany.

Now Manager Magazin released a report today that claims that the problem is with battery supply.

The publication says that sources within Daimler told them that they are revising their production target down for the 2020 Mercedes-Benz EQC from 60,000 to 30,000 units due to a supply shortage of battery cells from LG Chem.
Click to expand...

but later rebutted by other news outlets,such as Automotive News Europe.

Daimler said it plans to build 50,000 Mercedes EQC models this year, denying a report that claimed the automaker had been forced to reduce its 2020 production targets for the full-electric crossover due to battery supply problems.

Manager Magazin said Mercedes had cut its production target for the EQC to 30,000 from about 60,000 because of a shortage of battery cells from LG Chem.

A Daimler spokesman said its production plans for 2020 had not been amended.

I found it interesting mostly because, isn't Ford also sourcing from LG Chem?

At any rate, the claim was it was "Tesla's fault" for acquiring a company they were working with,

Daimler's works council chief Michael Brecht told Manager Magazin that one of the reasons the company is struggling to meet battery demand is because Tesla bought Grohmann Engineering, a battery automation specialist hired by Mercedes to build up its own battery manufacturing capacity.
Click to expand...

Subaru electric crossover: How it could take form in 2021

Tesla is in decline, SUVs are king, and more insights from the world’s largest electric-vehicle market

Feb 2, 2021
silverelan
Tesla's Model 3 rear bumper comes off vehicle while in use during rainstorm! Does it have a design defect?

Another way the Mach-E is behind Tesla
2