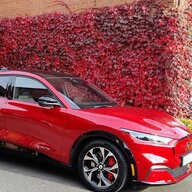 Those who know about these things …. Are our batteries LFP or NMC?


I read something on the internet (which is always right ) that LFPs are the new kid on the blocks with less range leakage in winter, are cheaper to make and that Tesla is moving to th

I don't know if it's NMC, but it's definitely not LFP.

It is NMC. A higher nickel variant (622) produced by a company from Korea called Posco. NMC varieties have been widely used in EV's since the late 2000's. The technology was developed by Argonne National Labs for some variants and 3M.

LFP has been around a reasonably long time with the first widespread adoption being the A123 batteries that went into the original Fiskers in 2011 or so. LFP made significant strides in energy density and make up a significant portion of shorter range vehicles particularly in China.
OP
OP

So what I am leading to, is our battery tech current or we have fallen by the wayside

it depends.. LFP is "newer" but has been patented and by that reason "could not" be used in north america until late last year, but there was some kind of agreement and/or lack of patent i China that it could be used in China as long as it was not exported, so LFPs have been used for a significant amount of time in China, and what we get now is the result if an industry already existing in China for producing those.

There is a third chemistry, the NCA, low cobalt batteries used by Tesla in cars not using LFPs. NCAs has lower life span (degrades in less cycles, but might not really matter in large batteries) than NMCs, less safety (does not seem to matter in reality), requires more heat to charge but are cheaper to make.

The NMC chemistry is kind of in the middle of LFP and NCA, it is giving the most kWh for the weight and size (if I remember correctly). Cost more than NCA to make. LFPs require a significant more space to give the same amount of kWh, so they are not just drop in replacements. NCAs need more heat to charge than NMC, but LFP require even more heat. On the other side, LFPs is virtually impossible to burn or explode, so they do not require then same packaging as NCA or NMC.

NCA and NMC is basically the same in terms of energy density in both weight and volume, but NCA is slightly better (but degrades faster).

LFP batteries are cheaper, heavier, don’t have experience degradation at max or min capacity, and have worse power output/input when compared to other common chemistrys. Tesla is only moving to them on their standard range cars since they are cheap, but it does negatively affect their performance dropping 0-60 by at least a second and slowing charging. Their next gen batteries will not be LFP.