I had discover that finally we had this build and price configurator on Canada Day, July 1, and note it in a thread on July 2. Better yet the Administrator have started this thread July 2 too. So I did email my dealer for some info, of course no email from Ford.ca or the dealer at that point. Anyway I got some answers from the dealer.

1- Does X Plan or accesories rebate exist here in Canada if you are a member of MCA?
Not at all

2- Until which date do we have to transform our reservation to an order ( I have a Premium AWD reservation) and not loosing our place in line ?
July 31st

3- Do I loose my place in line if I change my Premium to a full equipped Select?
No
Advertisement 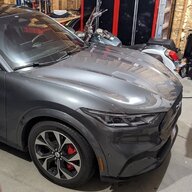 ClaudeMach-E said:
Yes and I think I saw that too on the Mustang Mach E packaging Guide that was posted. So for those who reserved a Premium they can basically transform it in a FE with this Option package ???
Click to expand...

Well I know it's not possible to get the FE in the US unless you reserved it, but maybe in Canada.

ClaudeMach-E said:
And it's 15% total (Federal and Provincial) here in Quebec
Click to expand...

JCHLi said:
Well I know it's not possible to get the FE in the US unless you reserved it, but maybe in Canada.
Click to expand...

ClaudeMach-E said:
It is on page 13 of the Packaging Guide First Edition Package 301A
Click to expand...

However when you go to configure it on the US website, it does not allow got that option. I kind of wish I had picked it initially.

ClaudeMach-E said:
I think there is an error there. The ER battery with RWD is $7,000 and they say the samething for the ER battery with AWD, From what I know I believe this option is more like $9,000.
Click to expand...

I have checked this morning and selected the ER AWD option for the Premium and although it is indicated $7,000 it is actually raising the price by $10,500

Here in Quebec Canada, we can have an incentive of CDN$8,000 if the cost of the car in under CDN$60,000 so the only version it could meet this price is the Select RWD or AWD with the regular battery and comfort/technology option. Anyway the option for the larger battery is not available. The incentive from the Federal is CDN$5,000 if the cost is under CDN$45,000 so not available on the MME. The regular battery have an EPA of 210 miles on AWD so about 335 KM which mean 22.3kwh per 100 km. It is really not enough, other constructor for the same size of battery are doing 400km!
I would prefer to get less technology and get more range and AWD for that price!

Anyway guys, I will wait the demo for a road test before to order and I will make my own calculation based on the way I drive.

The incentives is given on the MSRP price tag so it is also available for the Premium has shown on Ford.ca site.

Up to $8000 Government EV Rebates available. 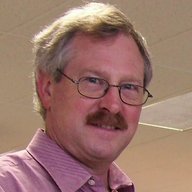 I thought I had reserved a First Edition with local dealer (Fraser Ford in Cobourg, ON) back on Jan 13, 2020; but haven't heard much since then. Yes, our sales tax in Ontario is 13%. Only $5000 incentive from Fed gov ($7500) in US; and only BC & QC have provincial incentives (virtually 100% hydroelectric generation in those 2 provinces; 60% nuclear in Ontario and zero coal). The Conservatives (aka Republican) under Doug Ford removed EV incentives. (He is also a climate change denier). Just placed another reservation with added request for my local District Sales Manager to call me (I have his phone # if he doesn't).

ClaudeMach-E said:
The incentives is given on the MSRP price tag so it is also available for the Premium has shown on Ford.ca site.

Up to $8000 Government EV Rebates available.
Click to expand...

Yes you right but the premium cost at $60,745 so a little bit higher than the maximum and still not listed on the site of the Quebec government. The Premium AWD with the big battery will cost $71,245 at that price I could get a Jaguar or Polestar 2. Why not to get the big battery available for the "Select"?

Baker said:
Yes you right but the premium cost at $60,745 so a little bit higher than the maximum and still not listed on the site of the Quebec government. The Premium AWD with the big battery will cost $71,245 at that price I could get a Jaguar or Polestar 2. Why not to get the big battery available for the "Select"?
Click to expand...

You have to subtract $2,000 for preparation, transport and AC tax so it will make it $58,745 MSRP. Has for Quebec site I did write to them one day and the answer I got was simply that the manufacturer didn't make an application yet, so don't worry it will come. For the Federal Gov. well the MME is in an unfair situation here. When the program was announce to start in May 2019 most EV's on the market already had a trim model under $45,000 except the Kia Niro EV which they where planning to sale only a top trim at around $54,000, so they quickly reacted and came out with a basic trim under $45,000 to be sold in Canada, so the top trim now has the incentive. Now Tesla came out with a cheating gimmick, offering a Model 3 SR with a limited 150 km range for what I know they sold only one in Quebec. It was sold has used not to long ago by JN Auto and they claim that it was the only model 3 SR 150 km range ever sold, so yes the Model 3 SR+ now has the incentive at a $52,990 MSRP, so much more then the MME Select at $50,495. Model 3 SR is not anywhere on their site anymore. Apparently Ford didn't want to play this game and it's all good for them. Now my belief is that when finally we will get a Federal Gov. budget, probably in September now, hopefully this unfairness will be corrected. I suggest you write to your deputy and some ministers involved like the Finance, Transport and Environnment one's like I did to make your point. My hope is that they raise this $45,000 MSRP floor to at least $50,000 or more, where Ford could lower the price of the Select just under that and it will make the Premium also a candidate.

Finally got an email from Ford.ca late today but there's a phrase in there that litterally means first come first serve, and it bother's me a bit, so I'm hoping that this is for people ordering now and not for those that reserved months ago. In any case I did send an email to my dealer demanding clarification on that on top of the email demanding clarification on the dates to make our reservation into an order. Previously he told me that the date was July 31st, but according to this forum this is the latest date for the FE, Dec 31st was for Select, Premium and Cal Rt-1 and early 2021 for GT, so I'm a bit confuse now. (Sorry that is the best I could import here) After some toughts I think this is a generic email that was send to everyone's that have clicked on the Keep me inform button. Of course I was expecting a more personnalised email like the one's that you guy's have posted here on the forum. I have send this thought to the dealer and expect an answer soon about this and the date limits to convert our reservations into order. 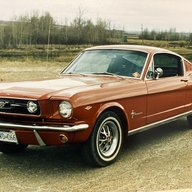 I just checked out the Canadian Build and Price. My choice would be either the Premium LR battery with AWD OR FE; and colour choices are Star White or Rapid Red. Interestingly, Star White was not an option with the FE, only Rapid Red and Grabber Blue. I didn't check the other colours. But, before I order one I want to test drive one, so hopefully the local dealers will have one to test drive while the FE is still an option. I would prefer the FE as I prefer the colour-keyed wheel lip moldings over the black painted moldings; also the red stitching.
Advertisement
You must log in or register to reply here.
Share:
Facebook Twitter Reddit Email Link