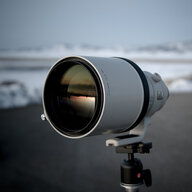 Over 4th of July weekend, we decided to take a road trip to Seattle from our home town of Boulder, CO (just north-west of Denver). One way it's about 1350 miles, so we split the drive into 2 days, took advantage of free charging (which most people didn't know was coming) on Electrify America, and made it to Seattle with zero issues. Aside from an odd "not available" outage that EA had, we had no fears at all of not making it to our vacation destination.

We had some weird motion sensor issues on the ferry, where car refused to turn off its motion sensors and the alarm kept going off in the ferry car bay. Other than that, we had a wonderful trip and headed home on the 9th. First leg, we drove through Washington, Oregon, Idaho, and some of Utah, where we stopped for the night for a car charge and a human re-charge at a hotel. By the next day, with 75% battery , we've had 2 uneventful charge sessions: 27% in Spanish Fork and 43% at Green River, and we were well on our way to either last or 2nd to last charge at Grand Junction, CO.

We stopped by to get some lunch before charging, turning the car off and walking into Chipotle. Burrito and tacos in tow, we were ready to head over to the Sams Club EA charger, less than a mile down the road. Ignition is hit, we get the "seatbelt" beep, but car won't go into gear and "Stop safely now" is displayed on the dash, hidden behind "Full accessory power", mind you, but we're busted. Uh-oh.

We figure, its 120F, we just juiced it up a hill from 110 miles away, and the car sat on a hot pavement while my burrito and my partners tacos were masterfully crafted inside, so maybe it needs to sit and think about what its done. We eat our food, return back 20 minutes later, same issue. Dang. Ok, Ford can help us, right? After all we just passed by a dealership, 2 miles up the road. We call up their service department, and Amanda there tells me, they won't be able to see us until the 7th of August. I plead, as nicely as I can, that I am broken down, less than 300 miles from home, is there anything they can do? Amada says maybe, but she makes no promises and says it is unlikely.

Alright, so local dealership is out, next nearest one on our stalled path home is in Rifle, CO. Call them up, they're closed until Monday. Fantastic, we're stranded. Call Ford roadside, tell them that 2 dealerships nearby aren't helpful, ask them what it would cost to tow the car closer to our house? Their answer: $1270 dollars. We still don't know whats wrong with the car, FordPass isn't giving any indicator of an issue (even now, more than a week later vehicle health says all is good), and ODB-II diagnostic dongle isn't pulling any codes. Decision is made to see if a longer wait (it is still 100+ degrees outside) would bring the Pony back to life and save us $1270 + a car rental, and maybe find a more willing tow truck to deliver it to Denver for less than $4 a mile.

Next morning, the car still won't start. So a U-Haul box truck rental later, as the city had 0 rental cars available, we're back on the road and the tow truck will be delivering my car to a dealership in the Denver area by open of business on Monday. With the hotel, uhaul, ubers to get all of this done, and a reasonable tow cost ($700) we're still under that $1270 estimate Ford roadside gave me.

Dealership provided a rental, a sexy EcoSport AWD, which took 5 days to approve & receive. Thank god we have a 2nd car and I work at home, otherwise last week would've been a nightmare.

So what went wrong? It took over a week to diagnose (dealer in town is just as busy), but they're saying bad HV battery module, requires replacement of the entire battery pack. ETA to get the car back? No clue.

[UPDATE 1]: Dealer got told by ford to only replace one module & cable that apparently broke in the process and how they were able to identify the issue. 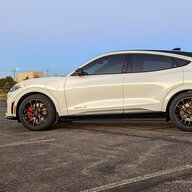 What an awful situation. Sorry to hear. This really highlights the issue with the dealership model and terrible luck. The HV battery issues seem to be piling up. Sure hope @Ford Motor Company figures out what's happening here as this is going to erode confidence in the vehicles. 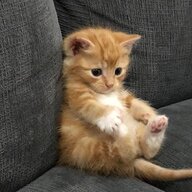 Scooby24 said:
erode confidence in the vehicles
Click to expand...

Yeah. I'm still absolutely going with the purchase, but I am not going to take it on longer trips for at least a year or so for sure.

physib said:
Yeah. I'm still absolutely going with the purchase, but I am not going to take it on longer trips for at least a year or so for sure.
Click to expand...

For sure. At the end of the day there's an 8 year, 100k mile warranty on the battery. The issues will be resolved. But no one wants to have to deal with this scenario or the paranoia of this happening to them.

What a nightmare. Glad you got home ok. These stories are making me question my order, certainly the dealerships (personal experience and numerous stories) are leaving a real bad taste in my mouth.

What was your build date? So far most of these hv issues seem to be early models but I suspect time will change that.
OP
OP

ZuleMME said:
What was your build date? So far most of these hv issues seem to be early models but I suspect time will change that.
Click to expand...

Not sure - I bought a car off the lot and never thought to look at the date. My guess is January or earlier. I would contend that "earlier" cars have the most miles and it possibly has to do with amount of miles driven. LG Chem packs have issues in the bolts and konas as well, only those cars aren't nearly as road-tripable as the MachE

This kind of highlights why I'm still on the sidelines.
People change, organizations change, but, rarely, do they change over night. It's also what scares the crap out of me about my backup choices: Ioniq 5 and EV6. Although, Kia and Hyundai are legendary for their dealer experience. <sarcasm tag in case needed>

Been reading about the 2022 NX PHEV, maybe that'll be the ticket. At least you'll get treated right at the dealer, probably.

However, I am curious, how is a dealer 100% booked for almost 3 weeks. There have to be some openings for exactly this kind of thing. 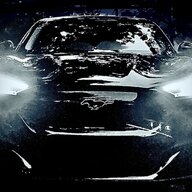 It looks likes folks need to be careful in temps over 110 f and long drives with mountains for now. Just avoid that drive profile for now folks. Just my thoughts...

Same thing happened with the Etron where certain drive combinations caused problems, esp with the front motors. And my Volt also had issues with temperatures knocking out battery modules and relays. It all got fixed but took a while. My I3 would throw error codes in high humidity! 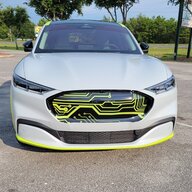 Glad you are OK. Please keep us updated. I got a "destination unreachable" message but it recalculate. Not as bad as you.

Scooby24 said:
This really highlights the issue with the dealership model and terrible luck.
Click to expand...

Stuff happens. Given that this is a first year model, there are bound to be bugs. However, the treatment OP received was simply unacceptable. It's hugely disappointing to say the least.

my original thought of going with the mach e was "hey I will have a lot of service centers to go to unlike tesla" then my thought turned to new tech and hearing all the first year issues stopped me from buying it. Now buying a new Ranger and now after reading this my thought is that I could take to any service center regardless of brand (plus the ranger engine is well tested)

vulpes said:
We had some weird motion sensor issues on the ferry, where car refused to turn off its motion sensors and the alarm kept going off in the ferry car bay.
Click to expand...

I know you’ve got bigger problems, but I still find it mildly amusing every time somebody else is mugged by my old nemesis, the interior motion sensors and the inability to permanently deactivate them. 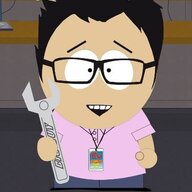 @vulpes sorry to hear about your high voltage battery issues. Definitely starting to sound like more of a trend. Just know that you aren't alone and batteries just got off backorder yesterday.

Here's my journey so far (almost one month in for the HV battery replacement): https://www.macheforum.com/site/thr...he-dreaded-turtle-wrench-and-error-icon.7085/

Stranded due to a dead 12 V

Recall due to battery issue