DanCoon said:
As a side note in case anyone wants to know... CalTrans has several free DC Fast chargers installed throughout central and southern California.

I plan to try these out on my trip next month to save on my Ford Pass allowance.

I wasn't aware that CalTrans had free chargers set up. Nice, although I'm guessing that also makes the stations more likely to be full. The Tejon Pass station would be pretty key to me for trips up north from So Cal.

Trick.Mach-E said:
We took our first long road trip to Las Vegas over Memorial Day weekend and overall the trip went as planned.

We took off for Vegas at 5AM on Saturday and the plan was to stop in Barstow, CA for a 80% quick charge. I had planned on 3 people with luggage but our niece came with us so now we have 4 people with luggage. It is 240 miles from our home to Barstow, CA and I figured we would be able to make it on one charge but that didn't go as planned....

The 166 out of Santa Maria, CA to the I-5/R-99 near Bakersfield pretty much rises in elevation to a mountain pass heading in to Maricopa, CA. This is something I never really paid much attention to all the time I've driven it before. So with 4 people even at 65MPH we were getting about 2.5 kWh out to Bakersfield before going up the Tehachapi pass on Highway 58. By the time we reached Mojave, CA we had 71 miles to go to the EA chargers in Barstow with the GOM saying we had 68 miles of range.

The stretch from Mojave, CA to Barstow, CA on Highway 58 is usually very fast. Posted speed limit is 65MPH but everyone is easily doing 75MPH+ so I decided to not take a chance and stopped in Mojave for a 15 minute fast charge to 43%. Normally we would stop in Tehachapi for a quick bathroom break and maybe snack purchase so this 15 minutes in Mojave wasn't bad.

We rolled in to Barstow for the planned fast charge and ended up charging to 90% as we took our time eating breakfast.

We also filled the frunk with ice and drinks... The trip to Vegas was better than expected. With traffic on the I-15 from Barstow all the way to Baker along with the elevation going down we got to the Baker Grade with a 3.9 kWh! By the time we hit the top of Mt. Pass heading down to Primm it was 2.7 kWh. We got to our destination in Vegas with a 30% charge remaining.

I was able to get a 100% charge at a EA station on Sunday for our trip back on Monday and when we did leave for home we started out at a 95% charge.

No issues out of Vegas doing 70MPH and holding a steady 3.0 kWh up to the base of Mt. Pass and going up Mt. Pass was better than going up the Baker Grade. You climb so fast in elevation that we only dropped to 2.6 kWh by the time we were heading down to Baker, CA. We did 75MPH most of the way in to Barstow and arrived with a 35% charge remaining. We did a fast charge to 85% over breakfast and did a very fast run out west on Highway 58 to Bakersfield. At one point with zero traffic anywhere near us we did a fast jaunt up to 110MPH and spent most of the time at 75-80MPH in to Tehachapi

A 20 minute stop in Bakersfield got us back to 80% and that was more than enough to get us back home.

Is this the way you do it or is there another trick that I should be doing???

We now have a good idea what a long trip will be like with the Mach-E. Our son enters the Air Force in July which means we will go to Lackland AFB in San Antonio, TX sometime in September for his graduation. Our plan right now is to take the Mach-E. Having to stop every 200 miles or so for up to 40 minutes over a 3500 mile trip is a bit of concern time wise... It's not the end of the world but it will be different than what we are used to. We can easily do 400 miles without a stop when we want to. I guess we'll find out soon enough if it's a good idea or not!
Click to expand...

Do you have the Premium with extended battery ? 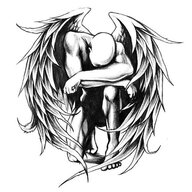 Trick.Mach-E said:
A couple laughed as they watched us put ice in the frunk at the Wal*Mart in Barstow. Nobody noticed me grabbing a drink at a rest stop near Mt. Pass and since it was pretty hot 95% of the ice had melted by the time we got to Vegas. The ice may have lasted longer had I filled the entire frunk with ice but I just got 2 7lbs bags and as you can see that only filled the center storage.
Click to expand...

Silly question...can you hear any ice rattling when driving with the frunk full? I know...but I had to ask. I'm hyper sensitive to noises...lol! 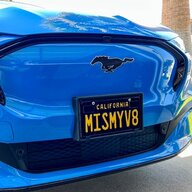 VaderMachE said:
Silly question...can you hear any ice rattling when driving with the frunk full? I know...but I had to ask. I'm hyper sensitive to noises...lol!

No you don't hear anything and we didn't put any ice in the frunk until we got to Barstow... so we had plastic bottles of water, bottles of beer and a few cans of soda sitting in the front and there was no noise that I could hear.

And while the ice did melt pretty fast I never saw any water dripping from the bottom as well...
2013 F-150 SVT Raptor
2020 Fusion Plug-in Hybrid Titanium
2021 Mustang Mach-E First Edition

Mandretti said:
Do you have the Premium with extended battery ?
Click to expand...

We have a First Edition (which is basically a Premium) with the extended range battery.
2013 F-150 SVT Raptor
2020 Fusion Plug-in Hybrid Titanium
2021 Mustang Mach-E First Edition