Well apparently everybody got tired of the "other" big thread on this and decided to re-litigate all this on a shiny new thread?

Mike G said:
Well apparently everybody got tired of the "other" big thread on this and decided to re-litigate all this on a shiny new thread?
Click to expand...

Hey you can get up to speed faster in this thread (Ahem, is it a bad time for a pun like that?).
Premium AWD ER Shadow Black
Built Aug-2021/Delivered Nov-2021 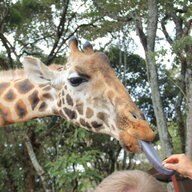 Here is my summary of the previous thread.

For anyone trying to get a summary of the Safety Recall of the Mach-E, here is my take on the previous 119 pages. Approximately 290 out of the 49,000 MMEs (0.6% in 2 years) sold in the US have had a failure of the high voltage battery main contactors, which can result in a contactor that remains open or a contactor that welds closed. In either case the car will either stop running or fail to re-start after being turned off. The cause of the 0.6% failure is that the design and part-to-part variation of the high voltage battery main contactor are not sufficiently robust. So far there have been no reported accidents due to this problem.
The recall notice from Ford
( https://media.ford.com/content/fordmedia/fna/us/en/news/2022/06/15/mustang-mach-e-recall-faq.html ) states that the Secondary On-Board Diagnostic Control Module and the Battery Energy Control Module software for all MMEs manufactured between 05/27/2020 and 05/24/2022 are subject to recall and the software needs to be updated. The new software will monitor the temperature of the main contactors and intelligently prevent them from failing as they have previously.
All MMEs manufactured after 5/24/2022 have the new software. They also have a new part number for the high voltage battery main contactor, but that is not part of the recall. Dealers will receive detailed information on July 13, and letters to consumers who need to have updates will start going out on July 18. Fixes to the software will go out over-the-air as well as through the dealer. It is hoped, but not directly stated, that the updates will be started in mid-July.
Because the failure rate is so low, current MME owners can confidently wait for the updates and not worry too much. The biggest problem is with expectant owners who cannot take ownership of their new cars while they are under a recall.
That is about it for facts. For speculation, I think that the new software updates will perform like a warning before the contactors actually fail, as JDW has suggested. If there was too much variability in the manufacture of the contactors so that 0.6% have failed so far, a seat of the pants guess suggests that about 5% are faulty and would eventually fail over the next several years. Following this logic, the new software will detect when a main contactor has started to fail, take steps to prevent failure, and warn the owner to take the car in for repair. One could expect that the contactors with the new part number are more robust and have a lower failure rate than the current one. This interpretation also explains why a hardware fix is not part of the recall. The hardware in 95% of the cars is fine, and the updated software will detect the 5% that need replacing and protect against any future problems with the main contactor. In this scenario the only degradation of performance in the car caused by the updated software is between the time a problem is detected by the new software and fixed by the dealer. Of course, only time will tell what the new software actually does.
You must log in or register to reply here.
Share:
Facebook Twitter Reddit Email Link

54 minutes ago
Bucket
UK car what my rights to reject car, lots of problems but recall is the main issue.