Report: Ford Will Not Build Its Own Battery Production Factory

Ford Has seen that EV tech is going to evolve at a quicker pace now. Ford doesn't want to risk millions in old tech.

No advantage’ to having battery plant, Ford says
August 31, 2020

DETROIT — Ford Motor Co.’s broad investment in electrification includes money for a slew of hybrids, plug-ins and battery-electric vehicles, but nothing in one area where its biggest rivals are spending billions: battery production.

Even with the Mustang Mach-E coming this year and the F-150 EV and Transit EV expected in 2022, Ford executives say they’re content to source batteries from suppliers instead of making their own.

It’s the latest fork in the road for automakers as they steer toward an electric future.

Tesla poured $5 billion into the Nevada Gigafactory that churns out lithium ion batteries for its entire lineup in partnership with Panasonic. General Motors this year started construction on an Ohio plant to make its proprietary Ultium battery cells through a $2.3 billion joint venture with LG Chem. Volkswagen and Daimler also are investing in battery facilities.

Ford executives insist their plan allows for more flexibility if EV demand falters or a chemistry breakthrough makes today’s battery technology obsolete. They also note that suppliers have boosted capacity to meet the wave of EVs arriving in coming years.

“The supply chain has ramped up since Elon [Musk] built his Gigafactory, and so there’s plenty there that does not warrant us to migrate our capital into owning our own factory,” outgoing Ford CEO Jim Hackett said on the company’s second-quarter earnings call. “There’s no advantage in the ownership in terms of cost or sourcing.”

“I don’t know that there is a definitively better path,” he said. “If you source your own, you’ll have a guaranteed supply, but you’re potentially stuck with that supply if you can’t sell them. If you source from suppliers, if there’s a technology breakthrough, you’ve left yourself flexibility and haven’t made a big investment in something that may be prematurely obsolete. It’s a bit of a crapshoot either way you go.”

Ford’s strategy is largely dictated by the size of its EV ambitions.

“They’re committing heavily to electrification, but not all battery EVs,” Abuelsamid said. “They’re doing a lot still with hybrids and plug-in hybrids.”

GM, meanwhile, envisions a zero- emission future and plans to make Cadillac an EV-only brand by the next decade.

Hau Thai-Tang, Ford’s head of product development and purchasing, said this month on an analyst call that Ford would need to produce 100,000 to 150,000 EVs annually for its own battery plant to make sense.

“We don’t have that volume initially to justify that capital expenditure,” he said, adding that local content requirements in North America and China further complicate the issue. “There’s insufficient scale for any one OEM, other than somebody who’s a full-line battery-electric manufacturer like Tesla, to justify that spending.”

He left open the possibility that Ford could change its mind as its EV portfolio expands.

A Trefis analysis from January concluded that Tesla’s Gigafactory is paying dividends. The study, published in Forbes, estimated the automaker’s battery costs fell 45 percent from 2016 to 2019, an average drop of $7,000 per vehicle.

But Ford argues that its reliance on suppliers also could reduce prices.

Despite its insistence that the supply base is prepared, Ford has said tight battery supplies would limit the upcoming Mustang Mach-E to 50,000 vehicles globally in its first year of production.

Still, the company is hesitant to lock itself into a certain type of battery, with Thai-Tang citing Toyota Motor Corp. as a cautionary tale.

“They invested to vertically integrate nickel-metal hydride batteries for their hybrids,” he said. “And after spending over $1 billion to do that, the technology shifted to lithium ion, and they were among the last to switch over. I don’t want to put Ford in that position.”

I think it's possible that Ford is banking on the tech to continue to evolve rapidly, which is not unusual in the early days. Solid state batteries are probably on the mid-term horizon, and the quote about not wanting to be stuck with old tech like Toyota was with its investment in nickel metal hydrides is an acknowledgement that Ford wants to be nimble.

Njia said:
I think it's possible that Ford is banking on the tech to continue to evolve rapidly, which is not unusual in the early days. Solid state batteries are probably on the mid-term horizon, and the quote about not wanting to be stuck with old tech like Toyota was with its investment in nickel metal hydrides is an acknowledgement that Ford wants to be nimble.
Click to expand...

And there's so many battery plants coming online in the next 3-5 years that I think there's a real possibility we could have a period of battery oversupply (relative to BEV demand) coming up by mid-decade. Driving the market price down. Ford could actually come out ahead in a few years just buying at market price from 3rd party relative to all the sunk investment cost of building their own battery plant.

Plus it looks like Ford's strategy includes more PHEVs than BEVs. Thus not needing as many batteries. That's a nod to the practical difficulties of road tripping in a BEV. Ford knows that getting ICE buyers into BEVs will continue to be a hard sell for most of them for that reason. 10%... 20%... 30% of the market through this decade, yes. But that still leaves >70% of the market. 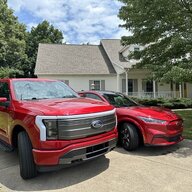 This is a pretty interesting discussion with Sandy Munro on batteries and battery plants. I really like his takes - normally. He obviously knows a LOT more than me about this stuff, but, I just cannot buy that Tesla is DECADES ahead of the competition on this stuff. Ahead? Yes. Decades? Really? He is a big fan about how Tesla iterates and quickly makes changes while the OEM's have such bureaucracy - I am not a big fan of Elon Musk and think he exaggerates a LOT. Interesting anyway.

You're right on the first sentence, on this issue anyway.

Supply has been way short of demand, yes. And as of 2020 still is. But there's such a mad rush to build battery megafactories all around the globe now that I can see them overshooting the mark by mid-decade. If this report is correct, there's a whopping 115 megafactories in the works:

The big caveat to all this, of course, would be a dramatic quantum leap in battery technology (like, double the energy density (range) and half the charging time). That would accelerate the pace of BEV market share growth. 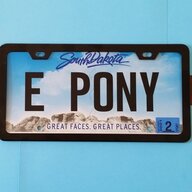 This article is from way back in Dec, but it does indicate there are a Lot of lithium ion battery mega-factories in the pipeline. 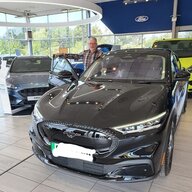 I think Ford are right not to build their own battery plant and to continue on 'buying in their batteries. I'll tell you for why.

I make fitted bedroom furniture. I buy in the raw materials to make the cabinets and make and assemble them myself. Ford do the same, buy in sheet metal, press, stamp and assemble the bodies themselves.
There are components that I can't make which I source from elsewhere like hinges,runners etc. As do Ford.
The most specialist part of my cabinets are the doors. I haven't got the space, can't afford the expensive machinery, materials to make those in house. So I outsource to a company that has/can/does. Same with Ford. Why go to all that expense to create a new production facility to make batteries when you can get someone else to. Yes this means that they are at their mercy for supply issues but no more than other components they outsource

If you are smart about procurement and the supply chain, you don't need to manufacture every piece of the puzzle for your product. The question only becomes how smart Ford has been about the supply chain in procuring batteries into the future.

Case in point . . . one of the currently most successful companies in the world, Apple, does not to my knowledge operate ANY manufacturing facilities on their own. The ENTIRE iPhone and Mac manufacturing process is outsourced to a third party. But their CEO, Tim Cook is one of the smartest procurement and supply chain guys in the world.

To say that Ford HAS to invest in manufacturing their own batteries is silly.

Now, if they are not smart about procuring future production based on the correct demand, that could bite them in the ass - but none of us know for sure the answer to that question.

Likewise, the argument that Ford has to build out their own charging network is also silly at this point. Tesla HAD to do it when they started because there was no momentum yet in the EV market. Had they not done it, their cars would not have advanced beyond the novelty phase for rich kids. Now that EV momentum is building and the market is maturing, Ford and others can rely on those that want to support that refueling market to support that space.

Good points. And we should remember that having your own battery plant doesn't mean a guaranteed supply of batteries either, unless you also own the mining operations that supply the minerals.

You're always dependent on supply chain shortages and bottlenecks. Just to different degrees.

dbsb3233 said:
Good points. And we should remember that having your own battery plant doesn't mean a guaranteed supply of batteries either, unless you also own the mining operations that supply the minerals.

You're always dependent on supply chain shortages and bottlenecks. Just to different degrees.
Click to expand...

Very true, Lithium went from being in short supply to last year an over- supply, that drove the price down to less than half and made mining it unprofitable.

BEV on road tripping also depends upon the charging networks and locations. Some locations are not good for BEV as the UP of your state has zero Tesla superchargers. In 2017, neither South or North Dakota had a supercharger. The chicken and egg contrast exists for many BEVs.
Advertisement
You must log in or register to reply here.
Share:
Facebook Twitter Reddit Email Link

Build your own LEGO Mach-E

Production will probably be delayed.
7 8 9