Please tell me the Cybertruck is just a joke. They are not actually going to sell that thing. I mean the ATV they were loading into it looked better than the truck!

That thing is sick. My bet is, its like big foot, an elusive legend.

He says they will sell the 250hp version for $39K. Stainless steel skin, they hit it with a sledge and it didn't dent. It could be a true SUV with just a little work, if they really build it.

Mean while Ford and GM have announced schedules for their pickups. 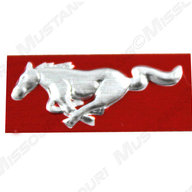 Yep, I had a similar reaction.

First, Elon really needs to hire someone to do these reveals. The breaking of the windows just added to the already awkward presentation. People said Ford's reveal of the Mach-E earlier this week was scripted and stiff. After this Tesla reveal, Ford's reveal could win an Emmy.

Next, I was kinda expecting some special effect or a different vehicle to come out after that "DeLorean-F150 offspring mutant" rolled out on the stage. When he said it was bulletproof, all I could envision at that point was orders being placed by drug lords and gang bangers ... well, until the windows broke.

After that reveal, I can see a few things happening. I think the TSLA shorts are going to have a field day with this, I can see pre-orders for Rivian increasing. or people may just wait for the EV F150.

I, too, liked the E-ATV. Kinda wish they would have given some specs on it. I wonder if it was just a prop or if they plan on producing them.
OP

Musk realizes the DeLorean failed right? The whole stainless steel thing, yeah hard fail.
You are though, I thought the Mach-e was a little forced at times. I think anyone watching was embarrassed for Elon. Glass breaking was priceless! 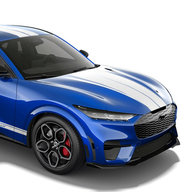 Is this thing sponsored by Toblerone or Lego? 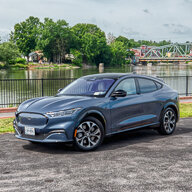 Yep, the DeLorean was the first thing that popped in my mind, too. Good luck, Musk, against the E-150!

This thing looked awesome. Then again, it also looks straight out of the recent Batman trilogy and Blade Runner. I, for one, like the extreme deviation from the norm. Glad they didn't go cookie cutter. Hopefully it will let Ford designers go a little more creative with their future F-150 iterations.

I wonder if Elon tested out the sledge hammer part of the demo again after his glass broke...or is that how the stainless steel was chosen in the first place? I do like Tesla, but build quality again bites them...

My favorite meme so far. 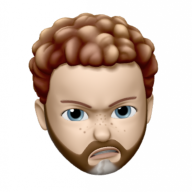 I thought it was a troll when watching it first, figured they'd do something with the hammer and then you'd see it underneath.

I admit, the Buck Rogers and Logan's Run young kid of the late 70s loves that design because I can film a apocalyptic scifi film and i have my truck with little to no work.

I don't need a truck, so not even in the market for one of these. Waiting to see the final version on the streets though. Definitely right about the love it or hate it, I've been laughing and grinning every time I think about it though.

Interesting to see how it goes.

Ace said:
Is this thing sponsored by Toblerone or Lego?
Click to expand...

Tesla truck may have solar option. 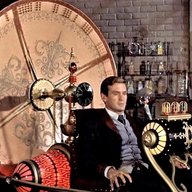 Tesla’s Cybertruck looks weird because otherwise it would break the machines that make it
https://electrek.co/2019/11/24/tesl...rwise-it-would-break-the-machines-to-make-it/

Reason Cybertruck is so planar is that you can’t stamp ultra-hard 30X steel, because it breaks the stamping press
Click to expand...


Even bending it requires a deep score on inside of bend, which is how the prototype was made