What is your most annoying feature(s) of your MME????

The climate control keeps overriding my temperature setting and putting the AC on full blast (“LO”). 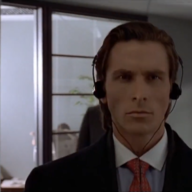 Vehicles
2021 mach-e premium, van down by the river

1. Nothing to watch while charging. I shouldn't be on the fence checking whether Android 9 works ready to buy a chinese box to do so.
2. The roof buffeted so bad with my girlfriend in the car the slamming made me think it was gonna fly off.
3. Lack of OTA updates and change logs. Saying a vehicle got some bug fixes and improvements is less than optimal.
4. PAAK / lack of two keys for those with issues. (or even a key programming fee waive)
5. AWD acceleration isn't... amazing. Unbridled should throw you back and chew up dat battery. 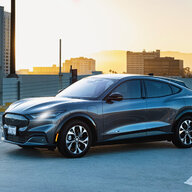 Kamuelaflyer said:
1. My cargo area screen stays in place just fine for me. I don't go rolling the windows down at speeds above 50 mph though. I like quiet.
2. I personally haven't noticed that. Interesting.
3. Factory Nav works fine for me. It's not annoying and it just tuons, it is accurate and even pronounces Hawaiian names pretty accurately. Waze, on the other hand, frequently freezes up and gets lost. Oh and it butchers Hawaiian.
4. PAAK works perfect for me. Every time. So does the fob, although I haven’t used it since the drive home from the dealer. The only time it even hesitates is when it’s in my back pocket. But yeah, they should’ve given a second keyfob.
Click to expand...


Do you have an android phone? I heard those work a lot better and more consistently than iPhones. 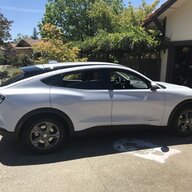 1. No door handles. Buttons are a stupid idea that I can't believe made it past the idea phase.

2. A/C controls, specifically that it is on a touchscreen vs. buttons. But also the fact that the A/C will turn on by itself (despite their being a button for me to turn it on), and that the controls are at the bottom of the screen, so I have to REALLY take my eyes off the road to adjust anything.

3. All this tech, and no memory seats included, despite the fact that I already have the motorized seat driver seat? My wife (a foot shorter than me) and I found that out AFTER we got the car.

4. Radio controls were designed by a moron. I can ONLY manually tune to an XM station by first hitting the channel next button, THEN a manual entry key pops up. Why that isn't just there on the main screen is mind boggling stupid. I could keep going, but all the things wrong with the controls would take up it's own post. Ford is NOT a tech/software company, and it shows. My 2016 Kia has a better XM radio setup AND AC controls. I've told people I would pay $1,000 to rip out the iPad in my Mach E and have it replaced with my old Kia controls.

Poll: What percent of your charging is done at home?
3 4 5

What is your best range?
2

Worst. Feature. Ever. Horn proximity honk is annoying the sheeeet out of me
2