The electric stinger (four door) and electric Mustang coupe are both just rumors at this point, of course.

The Kia Stinger may need to go electric in order to survive, Kia design boss Karim Habib hinted in a recent interview with Top Gear.

"As the technology goes towards EVs and as the world and its appetite for these types of cars changes, the concept probably has to evolve as well," Habib said in reference to the Stinger.

Habib stopped short of confirming plans for an electric version of the Stinger, which is currently offered with turbocharged inline-4 and V-6 gasoline engines. The car will get a mid-cycle refresh later this year.

An electric Stinger is something Kia has hinted at from the start—literally. When the car was unveiled at the 2017 Detroit Auto Show, Kia executives hinted to Green Car Reports and other media outlets that an electric version was a possibility. 
With its emphasis on performance and style, the Stinger was meant to add more excitement to Kia's lineup, creating what is known in the auto industry as the "halo effect." However, in its current form, the sedan could become less relevant as Kia puts more emphasis on electric cars.

Kia is in the midst of a global push toward more EVs, with plans for 11 new models by 2025.

In the United States, plans for a wider wider rollout of EVs have been delayed, but Kia recently confirmed that its long-range (300-mile) EV, built on a new platform, is due for the U.S. in 2021.

Kia's current EV offering for the U.S. is the Niro EV, which is hardly a performance vehicle or halo model, but one that we like. With wider availability, it might have been our top pick for Green Car Reports' Best Car To Buy 2020. 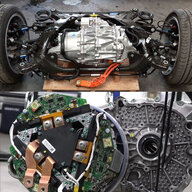 I've always liked the look of that car. Could be interesting! 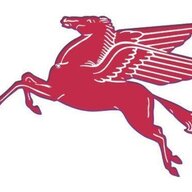 I did a short "test drive" at the 2019 Cleveland Auto Show of a top-end Stinger. It was actually a really, really great car - but I just couldn't justify spending that much on something with the Kia name on it, especially given the general reputation of the Kia dealership experience.

I have considered the Genesis equivalent though.

Of course, now I'm getting a Mach E that costs more and is a CUV

Rumor: Mini-Mustang-Mach-E will arrive for European market in 2023
2 3

It's the longest-range non-Tesla electric car on the market right now.
2