That would work for some things, but not full house...

jlauro said:
That would work for some things, but not full house...
Click to expand...

Exactly! That's our backup plan rather than a portable generator.

Looking at all the contortions in this thread... LOL.

Plenty of tutorials out there - build a homemade Powerwall, or go buy an original series Land Rover. 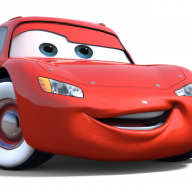 One issue with using the car battery to power the house using https://dcbel.ossiaco.com/ is the degradation effect on the battery. It would likely void the battery warranty as number of charging cycles would double, assuming one was using the car to run the house at night.

I was told there's a contactor that closes when Tesla's are plugged into a charge and that this might fail safe open if it detects current flow the other way.

I asked "dcbel" this question and for a list of cars they have used to prototype and have not received an answer.
Last edited: Apr 9, 2020

Looks like we are back to the wheel generator being only viable option for using the car as a generator. Here's patent for the device.

I guess there's no market for it as it would have worked as well with ICE cars as an emergency generator.

Controlling speed becomes an issue, synchronous generators want 1800 RPM. To use cruise control to set the 1800 rpm, it would have be attached to the wheel that is used for speedometer. Is there an industry standard for which wheel that is? It would have to be a powered wheel to work.

dcbel solution, energy out of the charge port is the most elegant but I can't see the EV mfgs going for it. Hopefully we'll hear from them and they can list cars they've tested.
Last edited: Apr 9, 2020

LYTMCQ said:
dcbel solution, energy out of the charge port is the most elegant but I can't see the EV mfgs going for it. Hopefully we'll hear from them and they can list cars they've tested.
Click to expand...

If they came up with some way to limit their liability to battery warranty I could see it. IE: X kwh drawn from the charger port counts as Y miles against the battery warranty.

Wallbox bi-directional home charger is supposed to be coming to North America.

Coming Soon. Same for the dcbel above. I just don't see the EV car mfgs going along with it. It may show as a basic fault, power flowing out of battery port so not doable. And they don't list any EV's that their proposed (non seem in production) devices work with.
You must log in or register to reply here.
Share:
Facebook Twitter Reddit Email Link