Mach-E chosen over Model 3 for NYPD Law Enforcement Use The New York City Department of Citywide Administrative Services (DCAS) announced today that it will order 184 Ford Mustang Mach-E vehicles to join the City’s law enforcement and emergency response teams for regular use. The Mustang Mach-E was chosen over the Tesla Model 3, which was another possible option as it was being considered by the NYC DCAS. Over 2,500 small and medium sized business owners and leaders surveyed to reveal their challenges, how they move forward, and visions for the future.
The 184 Mustang Mach-E vehicles will replace current gas-powered cars that are still used in the City’s fleet. The City expects to take delivery of all 184 units by June 30, 2022, it said.

“Smart investments in fleet electrification will help New York City break its dependence on fossil fuels, “Dawn M Pinnick, Acting Commissioner of the NYC DCAS, said. “We are working successfully toward achieving the ambitious goal of an all-electric City vehicle fleet by 2035 by taking steps to fight the climate crisis every day.”

The NYPD utilizes over 6,200 light-duty vehicles for law enforcement, which is the largest group of vehicles in the City fleet, which consists of almost 30,000 cars. It will be the largest order of all-electric plug-in vehicles in law enforcement history and will pave the way for New York City to fully electrify its fleet by 2035.

“Law enforcement vehicles are the largest and most visible part of our City’s fleet,” Keith Kerman, Deputy Commissioner for DCAS and NYC Chief Fleet Officer, said. “This order of all-electric Mach-Es will enable our law enforcement agencies to put electric models to the full test and work out maintenance, lights and sirens, charging, and other operational issues. It is a critical step towards our goal of a fully electric fleet.”

The NYC DCAS signed the contract and registered it on December 22nd. The process for finding and commissioning these vehicles was not easy, as the DCAS sought information in June 2017 for the first time regarding the City’s process of bidding for vehicles, equipment, and fuel. The City will spend $11.5 million on initial orders, and its contract with a Minority and/or women-owned business enterprise vendor will remain intact for five years.

As previously mentioned, the Tesla Model 3 was also considered. The City would have bought around 250 Model 3 sedans for $12.4 million at a price of $51,940 per unit.

The NYC DCAS did not immediately respond to our request for comment. 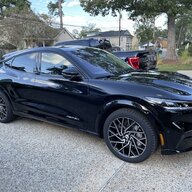 Oh great, my order just got moved down the line by 184!

The trouble with the world is not that people know too little; it's that they know so many things that just aren't so.
Click to expand... 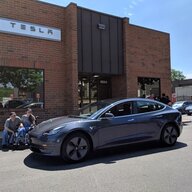 Looks like the contract for 250 Model 3s is still on but not finalized yet?

I could be wrong, yet Teslarati (I know I know, fanbois rag) says this:

"Update: The New York City Department of Citywide Administrative Services also confirmed to Teslarati that it will purchase 250 Model 3 units for the New York City fleet. The contract for the Mustang Mach-E has been finalized. The contract for Model 3 sedans is undergoing the approval process, but has not yet been finalized. This is why the Model 3s were not included in the press release." 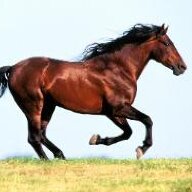 The way police tend to abuse the vehicles they will see Service Vehicle Soon every day. 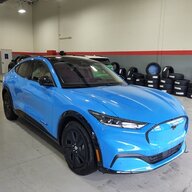 RedStallion said:
The way police tend to abuse the vehicles they will see Service Vehicle Soon every day.
Click to expand...

That's not true most police vehicles are sold at auction. Many go to cab companies and see extended service of several hundred thousand miles. The abuse comes when cabbies get hold of them. 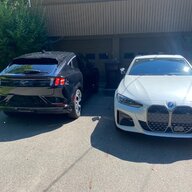 Although NYC did also agree to purchase 250 Tesla Model 3s. Apparently, the MME order was approved first, but they intend to purchase both the MME and Tesla. Still good news, as it shows a commitment to electrify their fleet.

@SARANED said:
That's not true most police vehicles are sold at auction. Many go to cab companies and see extended service of several hundred thousand miles. The abuse comes when cabbies get hold of them.
Click to expand...

Great... This is only going to delay me getting my Mach-E. 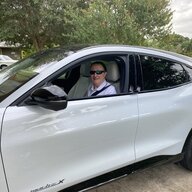 RedStallion said:
The way police tend to abuse the vehicles they will see Service Vehicle Soon every day.
Click to expand...

As a retired Master Certified Heavy Truck Technician, I am curious about how they will hold up. You know police, sitting still, all lights lit and flashing, engine running to keep the interior and equipment cool, etc. Also, with the perceived fragileness on my part, those chases and using the car as a battering ram will get very expensive.

Jppumper said:
As a retired Master Certified Heavy Truck Technician, I am curious about how they will hold up. You know police, sitting still, all lights lit and flashing, engine running to keep the interior and equipment cool, etc. Also, with the perceived fragileness on my part, those chases and using the car as a battering ram will get very expensive.
Click to expand...

Add to that sudden acceleration and breaking, jumping on the curb and driving on rough surfaces, inevitable errors in stressful situations. I feel MME is too fragile for that kind of use. 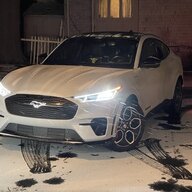 Just saw this and though it was cool 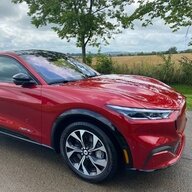 cjrodriguez31 said:
Just saw this and though it was cool

Interesting to see the radio stack worked in below the giant screen. Also surprised they have the stock GT wheels rather than steelies, those probably won't handle potholes and curb hits as well. Wheel options are pretty limited still at this point, but I would think Ford would have made a more tailored package including steel wheels for police spec use. 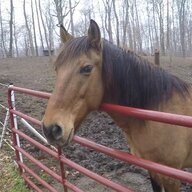 So will the center screen be adapted to run the NYPD communication software so no need for a laptop?
Mach-E Premium AWD ER
Cyber Orange 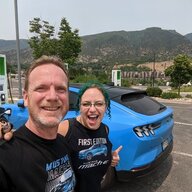 cjrodriguez31 said:
Just saw this and though it was cool

We just happened to be there when they were filming that promo video and we plan on including it in at least one of our NY Auto Show videos. They were very excited by Mach-E and the instant torque.

(PS If you look closely in some of the shots you can catch a glimpse of us filming as well.) Is there anything the Ford Mustang Mach-E cannot do? Seemingly not. Consumer Reports seems to agree, voting the battery-powered Ford the best EV of 2022. This goes some way to explaining the incredible demand for the crossover which, unfortunately, has caused massive delays for eager buyers.

But it's not just private buyers hoping to scoop up the award-winning electric car. We've already seen the Mustang Mach-E pressed into duty as a yellow cab in the Big Apple, a segment once dominated by the emblematic Crown Victoria. Now looking to encroach on other territories that were once the preserve of the Crown Vic, the Mustang Mach-E will be put to work as a patrol car for the NYPD. 
New York's finest added the electric vehicle to its fleet as the city's department looks to become more environmentally conscious. This display car is just the first of many; the Commanding Officer of the Fleet Services Division, Inspector Scott Olexa, said more than 100 additional Mach-E police units will join the fleet.

"The idea [was] always [to] move toward a greener fleet. We had the opportunity to introduce these into the NYPD and now have charging stations being installed at multiple department facilities. We're going to try and see if we can integrate these as part of our regular fleet."

At first glance, the GT model appears to be the same as the civilian spec, bar the police decals and lighting. However, Inspector Olexa notes there are a few key differences. Ballistic protection lines the doors and windows, while the glass roof has made way for a steel item, for the safety of the officers. Round back, you'll notice the message board which, says the Inspector, has become "known to the NYPD." Additional reflective material has also been placed on the rear of the car and, while subtle, provides all the difference when attending an emergency in poorly lit areas. So when will New Yorkers see the EV chasing down criminals? "Expect to see these cars on the street in the summer of 2022," says the NYPD representative.

It's not just New York's law enforcement that is bowled over by the electric Mustang crossover. Michigan's police force was thoroughly impressed by the EV, certifying it for police duty - a first for an electric vehicle. Let's just hope the boys in blue have more joy in the Mach-E than officers in Spokane, Washington had with a Tesla Model Y. Officers complained the Mach-E rival didn't have enough space and cited myriad issues, with charging being a significant bugbear.
You must log in or register to reply here.
Share:
Facebook Twitter Reddit Email Link